When to go whale watching in new england

Hi! Welcome aboard the Aurora for your New England Aquarium Whale Watch presented

we miss being out of the water, especially with you guys so we wanted to

take it out and show you some whales. We're here practicing safe social

a good day out there.

So we just came out of the harbor. So from Boston it's about twenty to thirty

miles to get to Stellwagen Bank. This sanctuary was designated in 1992 and it

was made to protect the diverse marine life seen in the area. Now you might be

wondering you know why are we going to Stellwagen Bank? It's all about the

bathymetry, so the underwater topography of Stellwagen Bank itself. And in the

sea floor rush up to the surface. When you're getting longer days of sunlight,

turbulent water that's the perfect conditions for photosynthesis to happen.

So we get huge blooms of something called phytoplankton.

And after that zooplankton, that first wave of production, brings out the North

Atlantic right whale, sei whales feeding on that zooplankton. And then we have

So the first thing, what I'm

of white smoke. We call that the whale's blow or spout and a day like today you

can see from a couple miles away. We're also looking for any body parts, it

typically is a back or a tail. We're also looking for any unusual

splashing and also sea bird life. So the seabirds feed on what the whales

whale around. Our captains are down in the wheelhouse spotting as well. So we're

going to continue searching here and we'll see we can find.

We're excited! There's a ton of activity ahead of us

towards our one o'clock, so this is a great sign!

We've also slowed our boat down. We approach the animals cautiously and

We're not going to try to get the whales to come to the bow, we would never feed

them, that would be harassment. We want to watch them in their natural environment.

Did you spot the first one? There's at least three whales here. Definitely,

probably more. They're pretty much the largest thing we'd see out here. Fin

whales are about two school buses in length. they're light gray in color and kind

of built like a submarine. The only other larger whale is the blue

whale. So I got my camera ready to hopefully get some photo identification shots of

the whales that we're seeing right towards our 1:00 o'clock. And we're

trying to check out what's going on here where all the birds are. If you look at

Well it looks like a third fin whale about to come up at our 11 o'clock. So

fin whales you're not going to see that tail come out of the water, instead

you're just gonna see a smooth back followed by a pointy dorsal fin.

Wow, so that fin whale just lunged and now getting to see a lunging fin whale that's actually

not a typical sighting. So that's a beautiful look at a fin whale. But it

variety of size. This one here looks a little bit smaller. And we have lots of

time to explore here so we're gonna see what else we can find,

but that was incredible looks at those fin whales.

Our captain spotted some

Atlantic white-sided dolphins so we're gonna try to check those out as well.

So dolphins, unlike these large baleen whales, they're a small toothed whale

that forms a pod, which is a tight-knit social group and you often see them

near feeding whales, as well. At one o'clock this is the northern gannet, very

with a 6-foot wingspan. And then we have a lot of herring gulls, those are kind of

your typical gull that you'll see out here.

So looks like we have a pair of humpbacks here. So third species of

white-sided dolphins, fin whales, and so now we have two humpback whales. The

humpback whale, probably one of the most common whale you might be familiar with.

They have the big long pectoral flippers, they're about the length of your long,

one of the biggest humpbacks I know, she's about 55 feet if I had to guess. Cajun,

she gets her name, she has a marking that looks like a chili pepper on her

tail, we call it the fluke. And so every

humpback gets a name, not as a pet name but actually just to help us remember

who they are in the field. And so it looks like where we are right now

there's three to four humpbacks scattered within about a mile radius, each doing

their own bouts of kick feeding. They have a lot of feeding techniques and in fact

kick feeding, as far as we know, is only seen in the Stellwagen Bank National

Marine Sanctuary area. And what's even more exciting is it's a behavior that

seems to be taught to individuals. So it's a form of culture but they do teach

it to each other, not just their young. And so we first started seeing

it. So looks like the pair came up behind us we're slowly heading towards a kick

some aerial activity here from those dolphins. Now they're called white-sided

dolphins because they have a white, tan, and yellow stripe.

Oh and check out Black Hole!

Black Hole, she's another veteran female. She has an all black tail if you had to

guess. You can also tell them apart by their dorsal fin.

But I like her dorsal fin cause it kinda looks like a Hershey's kiss, which is a

blowing bubbles, so keep your eyes right at that light green patch. She's

probably gonna come up with a mouthful of food.

Yup there's the tip of her mouth!

Looks like she fed just under the surface but we saw the tip there and a flipper.

Wonderful! So she basically just rolled upside down with a mouthful of food.

And check out the dolphins they are following her, probably trying to see

they can get some leftover fish. Oh wow look at that

that's stream of whale poop behind her. I don't think I've seen a whale

poop this much before. There's researchers even here at the New

England Aquarium that study whale feces. They can learn a lot about the animal from

stress hormones, what they're feeding on, finding pregnancy hormones from that

feces. And believe it or not a lot of that research they'll use a dog to help

find the smell where the poop is. And so we all love to see whales and watch them

in their habitat but they're actually very important for the ecosystem. So this

humpback whale, 40-ton animal, it goes down at depth to feed and then it always

goes to the bathroom at the surface so it's a way to recycle nutrients.

And so these guys, we think of them as the fertilizers of the sea. And so Black

Hole there, she just did a whole bunch of fertilizing. She's a well-fed whale.

Oh looks like we have a laughing gull, it's another type of sea bird here. And so

Oh look that's a minke whale, so forth marine mammal species, you just got

a minke. Now if you got a look at that it looks almost like a dolphin but they're

about three times longer. Only about 20 to 30 feet long, they don't have a

visible blow. They're pretty tricky to get a look at.

Here towards our right, the harbor seal. You might be familiar with the harbor

seals outside the front of the Aquarium. And so totally normal to see a seal this

far offshore, they can even sleep offshore if they want.

If you've been thinking about this time like what can you do to help whales, especially when

you're at home right now. There's some simple things you can do, you

of course can donate to the Aquarium, you can adopt a whale to help the right

whale research program, you can also become a member. If you're not able to

give just sharing about you know what's going on at the Aquarium, share a

cool video, cool fun fact. And of course lots of everyday things you can still

continue to do to help wildlife. A big problem we see offshore are lots of plastic,

so when you can using less electronics, reducing your carbon

footprint. And also sustainable seafood, that's a big problem for whales as well

entanglement in fishing gear. A great resource you could download it's called

website. If you go to the seafood side you can see what's a sustainable choice.

you can do to help these species.

Well welcome back to Boston folks. So we just came back from the Stellwagen

Bank National Marine Sanctuary. Again we miss you all very much and wish we could

be out on the water, but hopefully we gave you a little bit of taste of what's

out there and what will be waiting when we can get back out. It was a beautiful

who are kick feeding, fin whales doing some lunge feeding at the surface, many

minke whales, a ton of Atlantic white-sided dolphins and of course a

laughing gulls, and a few cormorants. So it was a wonderful day there. We spent a

lot of time with Black Hole and Cajun, two very large female humpbacks. And so again

water with you soon! 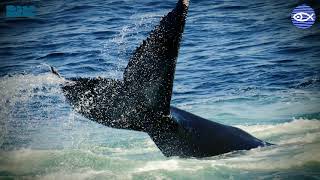 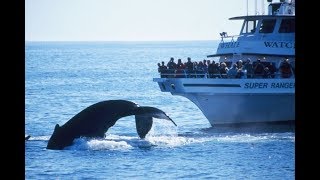 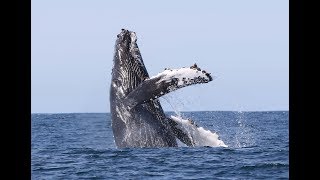 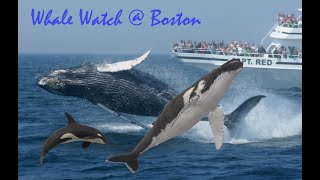 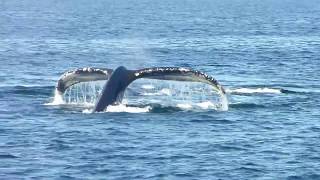 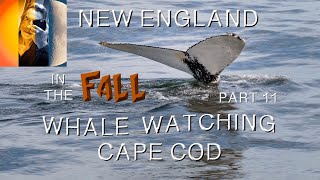 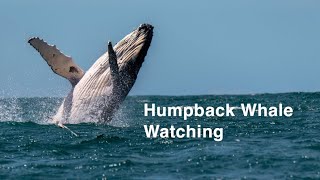 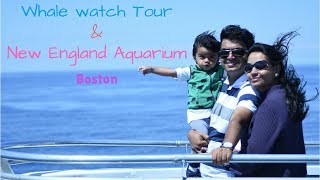 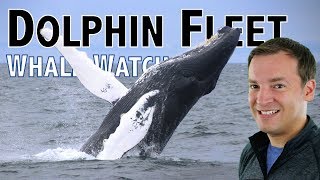 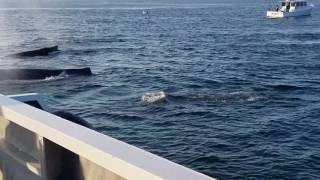