When to look for a summer job

My first job was at a hardware store.

I just needed a job for the summer, you know?

Get a little extra cash, buy a laptop, for... school.

And when the application asked "When are you available?"

Which was a mistake!

Cuz it got me the job.

On the first day, we did the whole orientation thing.

They taught us the history of the company and how to use the registers.

This was my first job, so I had no idea what to expect, and I really wanted to do well,

so I was paying close attention, and taking notes.

I graduated High School a whole year early, so I know how to pay attention.

Fun Fact: The first store in the chain I worked at put empty boxes on the top shelves to make

it look like they had more of everything in stock.

I know this, because I paid attention.

Early on, I was scheduled for the opening shift, so I had to be at the store at like

There was a strict protocol for opening the store.

for them to come in.

If he didn't walk out by a certain time, we were supposed to call the cops.

The only problem was, they didn't tell us that during orientation.

And I know, because I paid attention.

So I showed up early, parked my car, and headed to the building.

There was another employee out front, watering the flowers.

I went up to the automatic doors, but they didn't open.

So I thought I'd ask the flower guy.

And he was like "When did you say you were available when you applied for this job?"

Which was a little confusing.

I wrote "always" How do I get inside?

And he said "My nephew tried to get a cashier job, but he's got class on Tuesdays."

Ok, but the doors aren't working.

The manager came out and freakin' yelled at me!

When I told him nobody ever told me about the protocol, you know what he said?

You must not have been paying attention.

Later, I asked one of the other new cashiers if the protocol was even mentioned during

orientation, and they told me no, they had to have it explained to them by someone else.

So not only was the manager already mad at me for something they didn't tell me, the

flower guy was trying to get me fired!

I really tried to like that job, and some of the people that I worked with were super

But one thing that I didn't like was the garden center.

And there was a security camera that I'm pretty sure was only there to watch me, because if

the oven and stand up.

I understand that it looks unprofessional if an employee is sitting down all the time,

but what difference does it make if nobody's around, for hours?!

But every now and then, there would be a huge tsunami of customers all wanting to check

out at the same time.

The line would wrap all the way to the back of the store.

I'm working as fast as I can, and people are getting impatient, so I call for backup and

But nobody shows up, so I get through everyone by myself.

But that pales in comparison to the customers themselves.

First, I don't know how to fix a house, but the minute I put on that apron, everyone expects

me to be some kinda skilled craftsman.

*angel choir* I got paid eight bucks an hour, *apron falls* do you think they taught me

how to fix a bivalve?

I don't even know what that is!

So guess what, old people?

Don't get mad at me when I don't know how to replace your water heater, I'm a cashier,

One time, this old lady was unloading stuff from her cart onto the counter real slow,

and I had scanned a few things, but I had to wait for her.

Not many people know this, but cashiers are timed from the moment the first item is scanned,

and I didn't want this lady to hurt my numbers, so I hit the button to start over.

She saw me clear the screen and started yelling at me for slowing everything down!

She was so mean for no reason.

Actually, you know, this was like five years ago.

At the end of the summer I was so ready to quit.

I had only been there for a couple months, but a guy can only take so much abuse, ok?

And on my last day I realized: I can do anything.

What are they gonna do, fire me?

Here's a little secret, cashiers where I worked could reduce the price of anything up to $50

without needing a manager's approval.

I was so sick of being abused by customers that I initiated project: *deep breath* Give

why do they do that?

It was a good day.

Since I posted my last video I've gotten 120 thousand subscribers.

At one point I was the fastest growing channel in the world, *We are number one, hey!* which

is terrifying, but also amazing.

All I can say is thank you, to all you weirdos who thought it was a good idea to subscribe,

and to James from TheOdd1sOut, for sucking at Tetris.

I'm also flattered that people are sending me fan art, some kid even built a shrine to

*heavy breathing* Which is... actually troubling.

I'd like to post a video every week, but there's no way I can get a full animation done that

quickly, so I'm thinking I should shoot for something like what James does, alternating

between telling a story and doing some kind of quick one-off video? 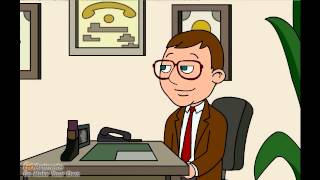 10 Tips for Finding a Summer Job 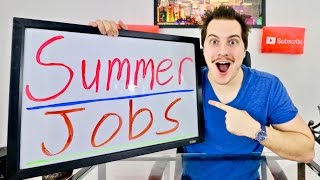 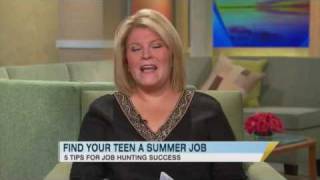 5 Top Tips to Get a Summer Job 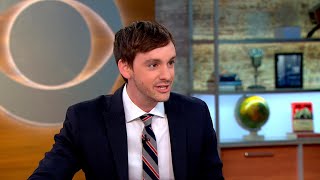 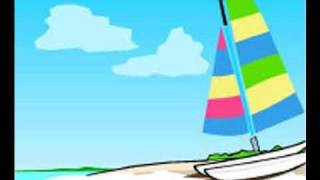 An easy look for that Summer job 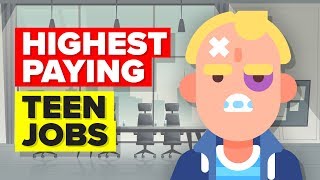 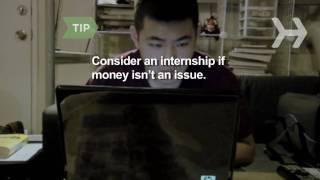 How to Find a Summer Job 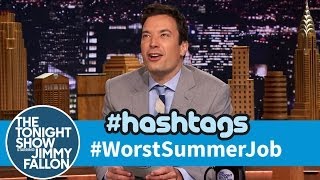 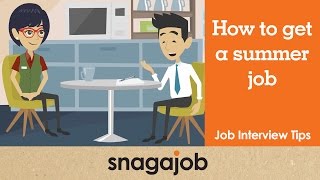 Job Interview Tips (Part 25): How to get a summer job 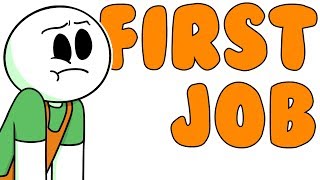