When to make rice pudding

-Nearly every culture has its version of rice pudding. It's a simple yet timeless dessert.

flavor. Let's get started by cooking the rice. Pour 1 cup of water into a medium saucepan

over medium heat and add 3 quarters of a cup of milk and 1 quarter of a teaspoon of salt.

rice-- Arborio has a higher starch content, so it will give you a creamier pudding-- and

1 teaspoon of butter. Stir the mixture. Bring it to a boil then reduce the heat to very

low and cover the pan. Allow it to simmer until it's thick and nearly all of the liquid

is gone about 25 to 30 minutes. Rice can burn easily so keep a close eye on it and give

it a stir every 5 minutes at the end of the cooking time. Meanwhile, pour 1 cup of half

and half into a small saucepan over medium meat. You can substitute light cream if your

prefer. Now, for the vanilla flavor, take half of a vanilla bean, slice it in half lengthwise,

and use a paring knife to scrape out the seeds. Add the seeds to the cream and heat it to

just boiling. As an alternate, you could use vanilla extract instead, but then it gets

added later. In the meantime, to 2 egg yolks in a medium bowl, add a third of a cup of

sugar and whisk them together. Next, gradually whisk in the heated half and half. Return

the half and half mixture to the saucepan and cook it, stirring constantly until it

thickens and coats the back of the spoon about 3 to 5 minutes. Now, you'll pour the sauce

over the cooked rice and the bowl and stir together. If you're using vanilla extract

instead of the vanilla bean, this is where you'll add it. Just a teaspoon of it. The

overnight. The pudding will continue to thicken as it cools. So, if needed, you can stir in

a touch of half and half if you'd like right before serving it. Rice pudding is an easy

dessert to dress up. You can serve them in individual glass dishes and sprinkle them

with the dash of cinnamon or simply top with some beautiful fresh fruit. 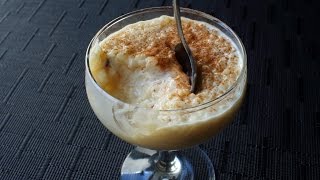 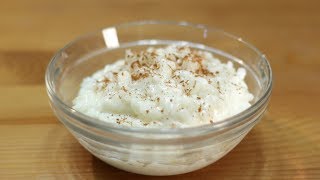 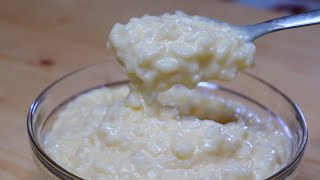 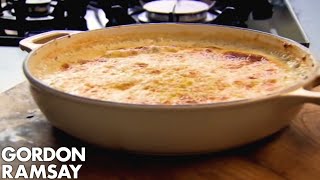 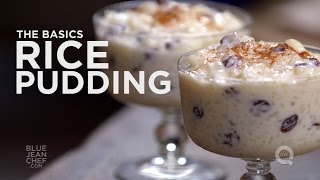 How to Make Rice Pudding | The Basics | QVC 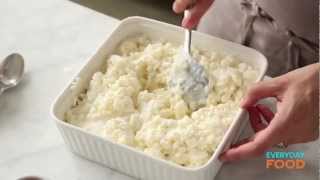 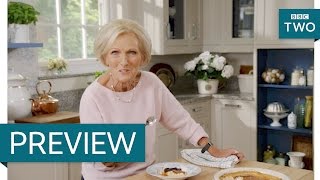 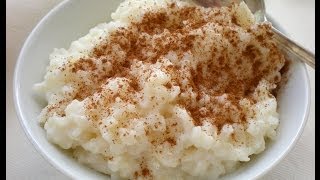 How To Make The Best Rice Pudding Ever! 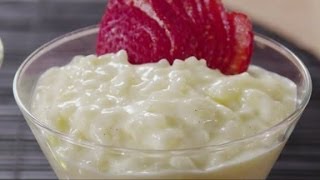 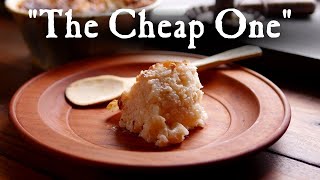