When to start training a hunting dog

I'm Chris Akin. I own and operate Webb Footed Kennels in Jonesboro,

Arkansas. In the 30 years I've been doing it, everything's changed.

Number one, the dogs. They're so much better now than what

they were. The techniques that we use. I mean, they're completely different than

they were thirty years ago and then the main thing is the technology, you know. All

the training equipment we used today, there's no comparison to what it was thirty

years ago. You know in the retriever world, I think we're a little bit

different in the fact that we actually train a dog to come to us, to go away

from us, and to stop for us. What else is there?

don't anything. Just this statue type stare, and then we kill one duck, you know,

in a eight hour hunt, and we want them to blast off like something from NASA, there

and back, and then remain completely still again until the next bill comes

through which maybe six to eight hours away.

That's incredible what we ask the dog to do. Any type of dog training

I'll say it again, first, and then polish it. That's what you use the

e-collar for. Nothing more, nothing less. The way we train retrievers it's

crawl, walk, run. It is progressive repetition, and when you do it in the

right fashion, the dog has perfect clarity in his mind.

You have perfect clarity in your mind. So that becomes a great team. He trusts you,

you trust him. You know what he's gonna do, he knows what you're going to do. It

You know, to train a dog to sit there while the birds are coming in, and you're

shooting, is a very, very big task. Guys, there's nothing more important on a hunt

than a dog to be steady. Nothing. When you're first teaching the dog to stay, on

a retrieve, which is being steady. You hold the dog back, you throw the retrieve.

He's wiggling, squirming. You've got him by the leash, and he's working you over like

he should be, okay, because he's not trained not to. The bird gets to the top

of the arc, you let him go, and say his name. He shoots out there, gets the

arc. When you threw the bumper, top of arc. Next time, you're gonna tell him to

"sit." Kind of let him know you got that collar on him. You're gonna throw it,

you're gonna let it go a little bit further.

Remember, crawl, walk, run. Cut him loose with his name. He runs out and gets the

bird/bumper, comes back. Next time, "sit," You remind him you got the leash again.

You throw it. You let it get a little bit closer, almost to the ground. Cut him

loose. Say his name, let him go get the bird, come back. Then, "sit" and everything is

It hits the ground. You send him. You'll be amazed, if you'll do that for four or

five days, how that dog will end up learning to stay right there. Okay, now.

Let's say we were down a few days later on down the road, no leash. You

throw the retrieve. Dog breaks off, all you got to do say, "no," and nick him

with the collar. He knows to get back to your side. Very simple. Now, here's the thing.

we're out in the backyard. It's you and the dog, and you're throwing retrieves,

the intensity level is not that great. As we train steady, we want to always up

more intense. We want to make it more, and make that dog make his own decisions. So now

birds to it. You've got to have a guy throw at a distance. Have that guy whooping and

hollering, you know, throwing and you want to get on this dog. You getting on to

the dog is not a negative thing. Getting on a dog is training.

Have somebody if you can, have him throw birds. Add the duck call to it. Add some

whooping and hollering, like we all having a great hunt. A lot fun hunt, which

you're hopefully going to have. When we're training a dog on being steady. We try to

get him to break. Okay? We're trying to ante up the level, and when we do, we're

saying every different kind of command or different words. We may even say, "Hey

may even think of that they may say during a hunting scenario. "Hey,

shoot that cripple." or, you know, "Hand me some more shells," or if the dog's name is Boomer, I

may say "Bullet, Banjo, Bacon." Do anything you can to challenge, that's the

word, challenge that dog to come off that spot, and if that dog moves, apply

there to make him better than he was yesterday, but we're there to do it in a

Once we get that done, the next thing we do is we go into force fetch.

We teach the dog to fetch, hold, and leave on command. Now "force fetch." the

term, sounds pretty brutal, but it's really not. It's a very simple deal. It's

all about turning negatives into positives. It's all about their mouth.

90% of people train it on the tailgate of their pickup, back of their Ranger,

or Mule, whatever they got, on the freezer in the garage. Do it where it's up off

the ground. That way you can see the dog eye to eye. Everything's right in front of you.

It's very easy, and it keeps you calm, because this is not something that you

want to lose your cool with. It's not something that you want to get upset

with. This is all about repetition. Every day you've got to crawl, walk, run. Chip.

Chip. Chip. This is not a one-day session thing, but here's the great thing,

it at 5 o'clock in the morning, you can come home and do it at lunch, you know,

if you can run to the house. It takes 5 minutes. All you do, when you're doing

force fetch is, you're putting something their mouth in the beginning.

their mouth. Once you do that, and they're comfortable that in their mouth, then you

start adding pressure. We can do it with an e-collar on real low intensity.

We can get in there, put it on one, hit the button right there. The dog

knows this bumper goes in their mouth, they get petted all the time, so we

you quit. Hit the button again, put the thing in front of them, and about the third

it. Once they started doing that, a little bit further.

Then they'll goof the whole deal up and won't go for it all. Then you got scoot

it back up here and then you get it to about four, five, six days into it, you

can actually lay it on the tailgate, tell them to fetch. if they don't do it, hit

the button, they'll reach over and pick it up. That's what you're trying to do.

Now, we want that dog to fetch on command. We want that know to reach out and grab

hold that bumper when we tell it the word fetch. We want him to hold it. We

don't want him chomping on it, rolling it, cigar holding it out of his mouth. We want him

holding it in the center, in his mouth, at our side.

Okay? Don't chew it and when we say "leave" we want him to give it to us. Keep everything

easy. Put a lot of reps on this. People ask me how long does it take to force

fetch a dog? About 20 sessions with us. Reps is everything in force fetch. Reps,

reps, reps, and you're gonna have, say a third of the way

through this thing, I mean that dog's not doing any better today than it did

Friday than it did on Monday. Who cares? 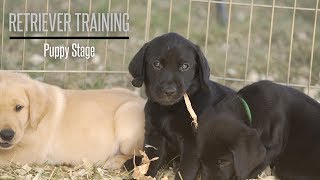 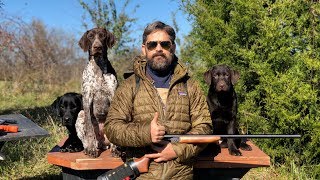 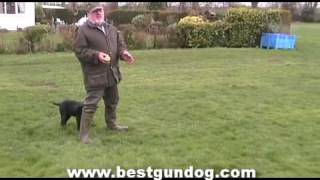 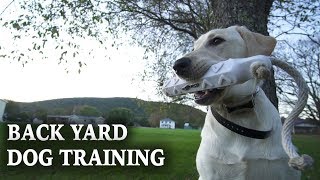 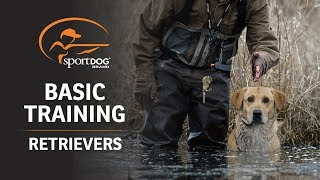 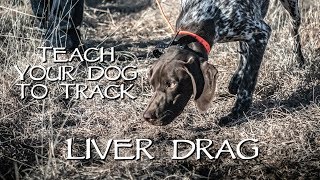 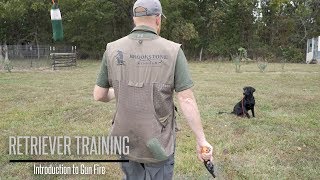 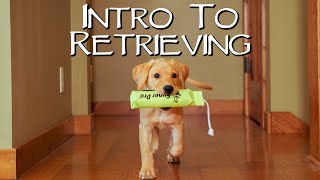 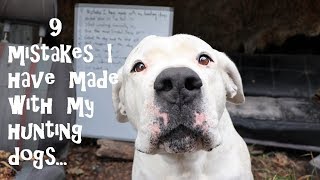 9 mistakes I have made with my hunting dogs