When to start dropping night feeds

Should I be stopping night feeds?

Hi, I'm Amanda from Little Ones,

and today I'm going to be answering the question,

"Should I be stopping night feeds?"

So, we're never going to tell you

to stop night feeds and it depends on a lot

to do with the age of the baby,

and also how many feeds they're having.

If your newborn baby

is having five or six feeds a night,

then that probably is what your baby needs.

If your six-month old baby

is having five or six feeds a night,

that we need to have a look at there.

But we wouldn't be saying, "Stop night feeds."

It would be look at the daytime first,

look at the settling ability.

Make sure that your baby is able to fall asleep

and they're not actually just waking

and having a feed just purely to go back to sleep.

So we would look at the whole day first.

And this is for a baby of any age.

We would first be looking at their naps, settling ability.

And then, if after a couple of weeks

of your baby being able to settle by themselves,

and nap well during the day,

that they're not waking overnight

because they're tired or undertired or overtired

or they need you to go back to sleep,

then we would hope that once your baby

has been following our Program for a couple of weeks,

that the night feeds

If then the wakes are still happening,

once your baby is over eight months,

and they're on a couple of good solid meals a day

and they are feeding well during the day,

and they're still waking a couple of times at night,

I would want to know if your baby has

been feeding well during the day?

If your baby isn't feeding well during the day,

it could be that because

they're filling up on milk overnight,

they're just genuinely not hungry enough

to be able to feed well during the day.

So having a little bit of structure

to the day, making sure they're feeding well,

and then maybe looking

at why they're waking overnight.

Are they actually getting cold,

or you know, there's a couple of different reasons

Another thing that we could be looking at

to figure out if that night-wake is actually a habit

rather than actually hunger,

is if the night-wake is at the same time every night.

So, if you've got one wake

and you could, honestly, you could set your alarm

and your baby, you'll know that your baby

is going to wake at that time,

then that's more than likely a habit-wake,

rather than a genuine hunger-wake.

If you suspect that your baby

has indeed got a habit-wake

and it is at the same time every night,

then our Sleep Programs do have a few methods

of how to deal with habit-wakes

and what to look for first off

to make sure that it actually is indeed a habit-wake.

for lots more free baby sleep videos just like this one. 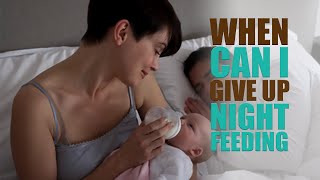 When Can I Stop Feeding in the Night? 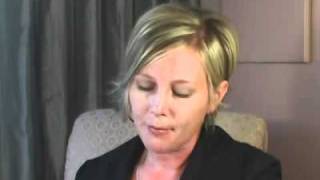 How Do I Wean My Baby Off Night Feeds? 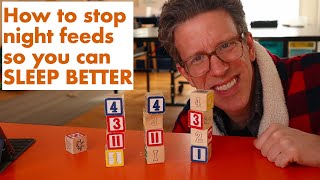 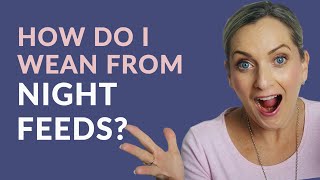 How do I wean from night feeds? 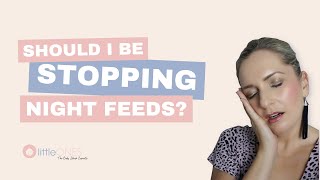 Should I be stopping night feeds? 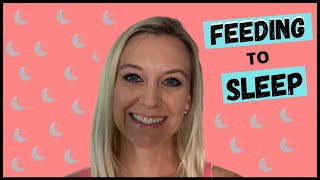 What To Do When Feeding To Sleep Is All That Works 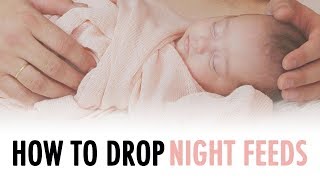 HOW TO STOP NIGHT FEEDS & GET YOUR BABY SLEEPING THROUGH 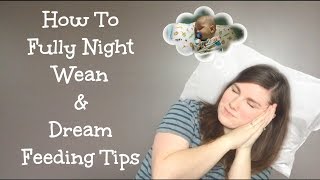 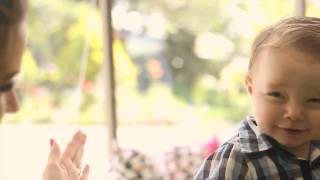 Baby sleep tips: When to stop feeding at night 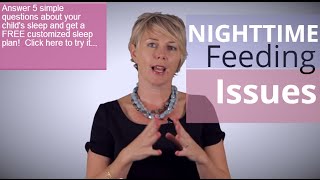 How to Handle Nighttime Feeding Issues with Children