When to start iui treatment

Today, I am going to discuss how IUI works

IUI is a technique in which sperm is put directly into the uterus.

Why would this help? When a couple has sex,

the sperm from the man is released into the vagina.

Most sperm are going to be killed in the vagina.

Some will reach the opening of the uterus known as the cervix.

The cervix is a long tunnel filled with sticky mucus.

Of those sperm that don't die in the vagina, most will get stuck in the cervix

and never make it out. Together, the vagina and cervix present a considerable

barrier to the passage of sperm. This is a problem since the egg gets

fertilized in the fallopian tube. If the sperm are not making it into the

fallopian tube, then pregnancy can't happen. So how does an IUI work exactly?

During an IUI, the sperm are placed directly into the uterus.

This bypasses the vagina and the cervix. As a result, a lot more sperm can swim

into the fallopian tubes where fertilization happens.

Many studies have shown that compared to intercourse alone,

the chance for pregnancy with IUI is better.

In order to become pregnant with IUI there are three

absolute requirements. 1) The male must have sperm 2) the female

must ovulate either on her own or with fertility medications

and 3) the female must have at least one fallopian tube that is open.

What tests should you have before attempting IUI?

fallopian tube is open. All men should have a semen analysis to

make sure that they have sperm and to see how many sperm there are, how

many are moving and how many look normal under the microscope.

Finally, if you subscribe to this channel, and you should

definitely subscribe to this channel, you know that we also strongly recommend

that men have a sperm test called a Cap-Score. Watch this video for

more information about the Cap Score. In order to be most effective, the IUI

must be performed at the time of ovulation.

IUI timing needs to be more precise than for intercourse.

Figuring out the time of ovulation

can be done at home with an ovulation predictor test of some type.

These tests are generally pretty accurate. Watch this video to learn

when not to trust an ovulation test. Women can also be monitored in the

doctor's office by having ultrasounds of the ovaries and blood tests.

Do not try to time an iui by using an app or using temperature charting.

Another tip: if you are a woman with one

monitoring with ultrasound may be a better choice

since you can see when the eggs are maturing on the same side as the open tube.

What's that? Well, we are not actually

washing the sperm. Before sperm can be placed into a woman's uterus

it must first be prepared. Here's the reason why

When a man ejaculates, the fluid that he releases

is composed of two main components: seminal fluid and sperm

Seminal fluid contains many types of hormones and chemicals.

One group of chemicals in particular can cause problems

directly into the uterus they can cause a woman to become very sick.

The symptoms of prostaglandin absorption include nausea

and vomiting, fever, diarrhea and cramping. The symptoms

usually begin within a few minutes of performing the IUI.

To avoid this problem, we separate the fluid part from the sperm and only

inject the sperm into the uterus. This is called a sperm wash. Sperm

actually being washed or cleaned just separated from the fluid. There are

several methods for performing a sperm wash for an intrauterine insemination.

any other. It is therefore up to the personal

preference of the physician performing the IUI. One question that I

am asked a lot is about male sperm counts and

their impact on IUI. IUI seems to work best with men who have

normal sperm counts or counts that are mildly low. Guys who

have very low sperm counts have a much lower

chance for pregnancy with IUI. At my fertility center, we recommend that

those couples go directly to IVF. This brings up a very interesting

question. If doing an IUI increases the number of sperm that

reaches the fallopian tubes and the number of sperm clearly matters

for pregnancy, would it be better to do two IUIs than one?

The answer to this question was provided

by this study: Couples with infertility were split into

two groups. One group had a single IUI at the time

of ovulation. The other group had two IUIs each month

one about a day before ovulation and the

second one at the time of ovulation. Couples continued to do either single or

double IUIs for each month up to four months.

At the end of the study, there was no difference in the number of couples who

became pregnant. Multiple IUIs each month do not help!!

What about resting after IUI? Does that help?

This question was answered by a well-done study in the Netherlands.

were split into two groups. In half the couples,

women rested for 15 minutes after the IUI.

right away and walk around. couples who didn't get pregnant right away could

repeat the IUI a few more months. The results were pretty astounding! Women

who rested for 15 minutes after an IUI became pregnant more commonly than women who didn't.

By the time couples had tried four IUIs,

27% of the resting group had become pregnant

versus 18% of the get up and go group. That's a 50% improvement in the success rate

Another question i get a lot is about

men who have a lot of abnormal appearing sperm. All men have

some sperm which appear abnormal under the microscope

when a man has a high percentage of abnormal appearing sperm

several studies have looked at the impact of abnormal sperm

the chances for pregnancy are a little bit lower

pregnancy was about 20 lower when the men had lots

of abnormal appearing sperm does the use of fertility medication

of fertility medication are couples who have unexplained

infertility the group who does not benefit

as this graph shows even after several months

using fertility medication did not result in those women getting pregnant

line is this iui is a relatively easy non-invasive

it takes to get pregnant compared to just having sex

have helped people all over the world have their rainbow

baby if you want to improve your odds for success 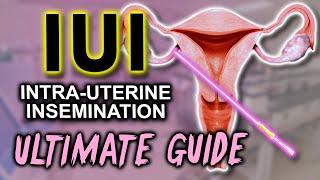 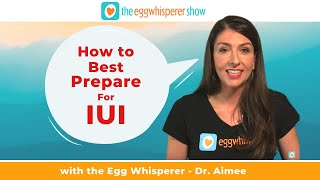 How to Best Prepare for IUI 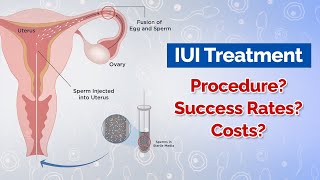 IUI Procedure Step by Step Video - What is IUI? 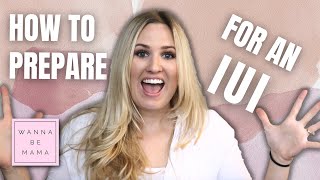 How to Prepare for an IUI: process explained 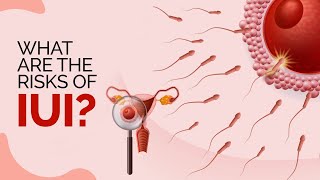 How does IUI work? What are the risks of IUI? 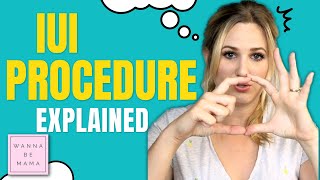 IUI Procedure Explained - What to Expect at Fertility Clinic 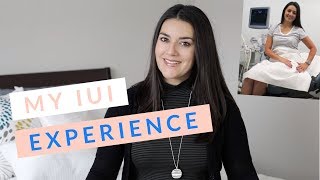 MY IUI EXPERIENCE | What it was like and how much it cost. 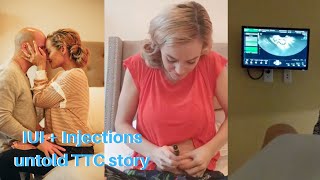 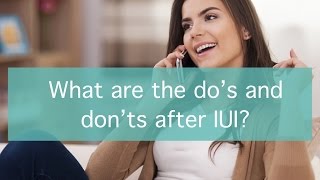 IUI London | What are the do's and don'ts after IUI?